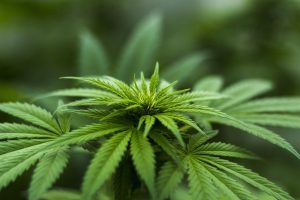 Marijuana 2022 ballot measures are showing mixed results but we’re still moving forward with increased support for the legalization of cannabis. Hold strong fellow pot smokers, America is moving toward completely legalizing weed which will make it a lot easier for you to find other weed smokers to date and hookup with. We just want to have fun and be able to meet up!

See more marijuana in the news

Arkansas voters rejected a constitutional amendment that would have allowed cannabis possession and recreational consumption by adults as well as the sale by licensed facilities. Had it passed, cannabis possession of up to an ounce would have been legal and some tax revenue from marijuana sales would have contributed to funding law enforcement.

Maryland voters approved a constitutional amendment that legalizes recreational marijuana for people 21 and older. It will go into effect on July 1, 2023, and allow possession of 1.5 ounces or two plants. Possession of small amounts of marijuana was already decriminalized in Maryland. Under the amendment, those previously convicted of cannabis possession and intent to distribute will be able to apply for record expungement.

Missouri voters approved a proposed measure to end prohibitions on marijuana in the state and allow personal use for those over the age of 21. It will allow for personal possession up to three ounces and allow individuals with marijuana-related non-violent offenses to petition for release from prison or parole and probation and have their records expunged.

A citizen-initiated ballot measure that aimed at allowing the use of marijuana in “various forms” for those who are at least 21 years-old was rejected by North Dakota voters. It would have allowed marijuana possession of up to an ounce and all marijuana to be tested in a facility “for the potency of products and the presence of pesticides” and subject to random inspection.

South Dakotans voted down a measure to legalize cannabis in the state. Legalization for recreational marijuana use had passed in South Dakota in 2020, but the results were nullified by state courts. According to the proposed 2022 ballot measure, marijuana possession of up to an ounce would have been legal. It also would have legalized the possession of marijuana paraphernalia, use and distribution.

Medical Marijuana in the U.S. 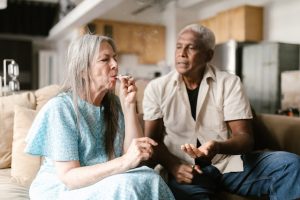 Medical marijuana in the U.S. is gaining traction! As of this article in 2022, 37 states and the District of Columbia all have laws permitting marijuana for medical use, which means great news for those of us who want to smoke pot and meet others who also smoke 420.

The more states that legalize weed for medicinal use, the more states will start legalizing recreational use. It’s a liberating feeling knowing that our country is allowing us to be free to be ourselves and smoke!

States with Legal Medicinal Marijuana are one step closer to becoming legal for recreation and fun. Then it will be even easier for you to meet and connect with others who love to smoke and hookup. Check out our list of U.S. States with legal recreational marijuana.

America has historically had people who were opposed to smoking weed and consuming cannabis. While recreational marijuana is becoming more and more popular, the states have been willing to accept and legalize marijuana for medical purposes. Many people smoke and are completely in support of the legalization of medical marijuana. There are countless articles, studies and people pointing to its health benefits and natural properties. Weed is also a great deterrent to other harder, more harmful drugs.

States who have legalized marijuana for recreational use and medicinal use have seen less overdoses and less alcohol-related incidents. It is also widely believed that it is a personal right and should be a personal freedom to decide to smoke weed if you’re a legal adult. The states decide marijuana laws. No matter what your personal feelings are on the subject, some states are moving forward with the legalization of weed and cannabis consumption. In several states, medical-grade marijuana can be prescribed by a doctor to patients. Medical marijuana can help with anything from seizures to nerve pain, glaucoma, or even cancer. Even more healing and medicinal purposes are being discovered at an increasing rate.

The states where medical weed is legal are:

The only states that have not yet legalized medical marijuana are:

Look for more and more states to legalize Medicinal and Recreational Marijuana in the coming years!

States in the USA with legal Recreational Marijuana

View our list of state in the USA with legal recreational marijuana. These are the easiest States to find locals to smoke, hang out with and to hookup with other 420 users. Luckily the list of states is growing each election and soon the entire country will embrace true freedom of being yourself and having fun. There’s nothing more exciting then being able to be free to casually meet up and smoke and connect and possibly hook up with somebody who also smokes weed. So in this article, you will learn of the best places to live or to visit to legally meet others and smoke with.

Recreational marijuana is legal in 19 states in America. On Election Day in 2012, voters in Colorado made the right decision and approved a ballot initiative to legalize the recreational use and sale of cannabis. Making the state the first in the U.S. to do so and changing our country for the better! Since then Colorado is one of the best places for singles to meet and have fun and this is definitely a big reason behind that fact.

Eighteen other states would follow along; Washington, D.C., and Guam would go on to legalize Marijuana in the next 10 years as well! The pot smoking hookup scene has been growing steadily ever since. Not only does smoking pot make sex way more enjoyable, it also helps the overall economy in those states!
States where recreational marijuana is legal:

Support for marijuana legalization has become mainstream, so more states will follow and finding pot hookups that are carefree and legal is going to be a whole lot easier.